At the Skating World Cup our problem-solving attitude allowed us to work on a wider project than the one we were originally tasked with. 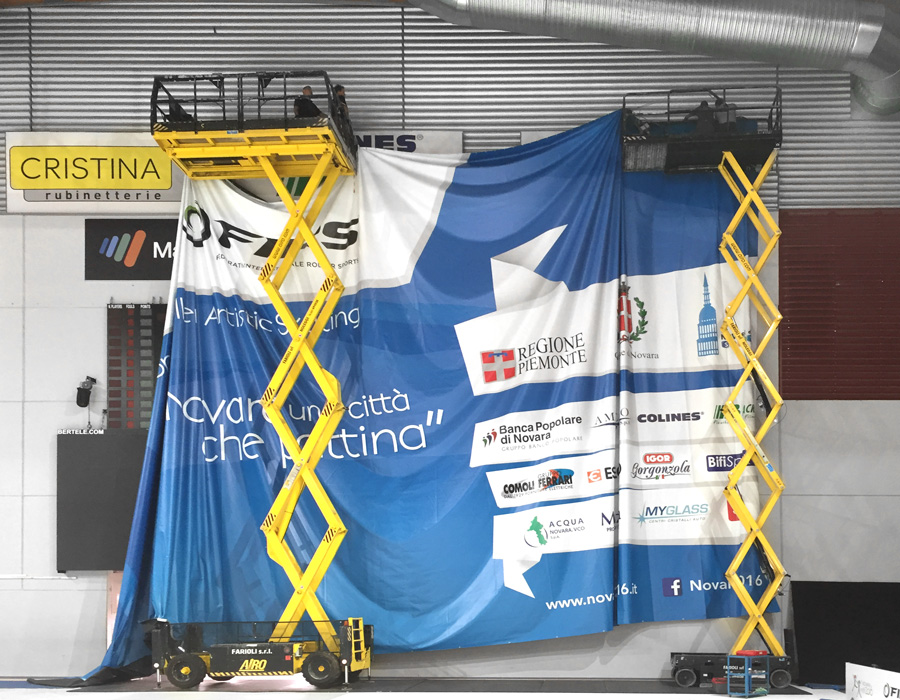 We were called to install the outer pavilion for the sponsor exhibition. We soon ended up being entrusted with the creation of a 50x25-metre self-supporting perimeter banister for the skating rink and the fitting out of flags. For the latter, we created a scenic exposition of suspended flags. 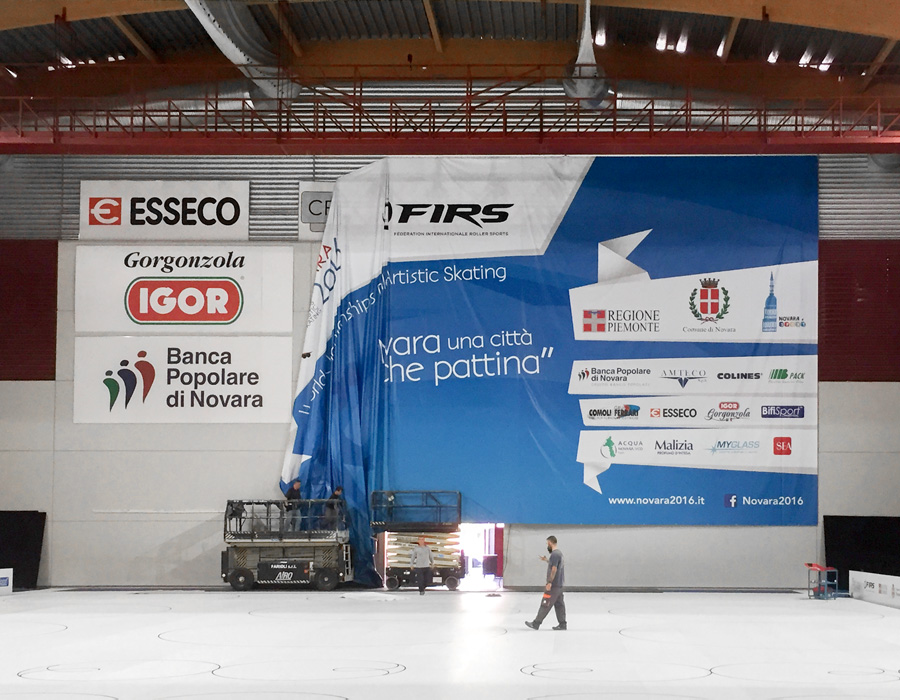